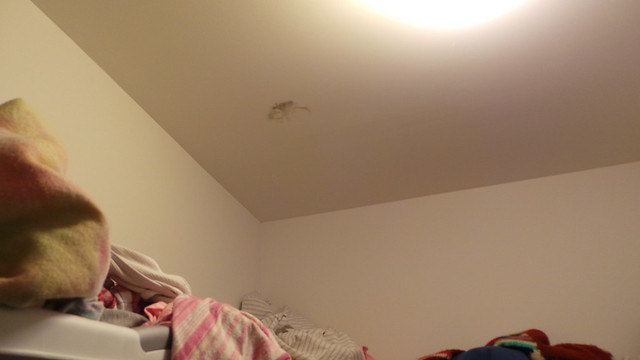 After noticing a sizable black spot, that looked like mold, on the ceiling of our bedroom closet, we had to force ourselves not to think the worst. After our recent basement floods and failed HVAC system, we were thinking maybe a leaky roof or condensation causing mold. Oh no! 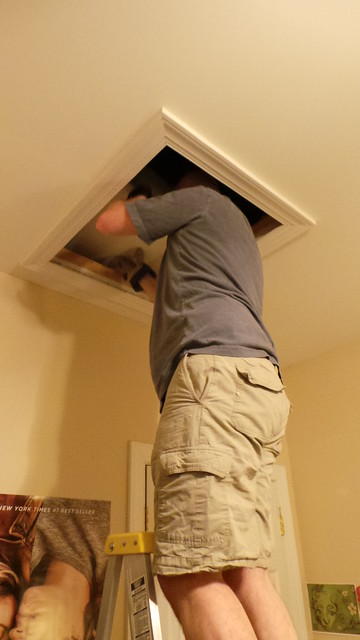 Since it was nighttime, and the coolest time to check things out during this hot weather, Darren headed up to the attic to investigate.  Turns out it was a dead bird that must have gotten sucked in through the vent fan. Bad luck for the bird, but fairly easy fix for us. 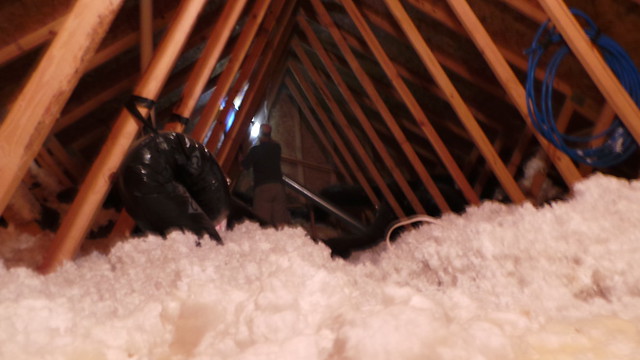 I’m choosing to to see the symbolism in this. A dead bird in the house is often compared to the death card in Tarot, which is rarely interpreted literally, and can offer us some insightful interpretations. 🙂